For a number of reasons, one of the most difficult reviews I’ve ever had to write. Originally published on iafrica.com. 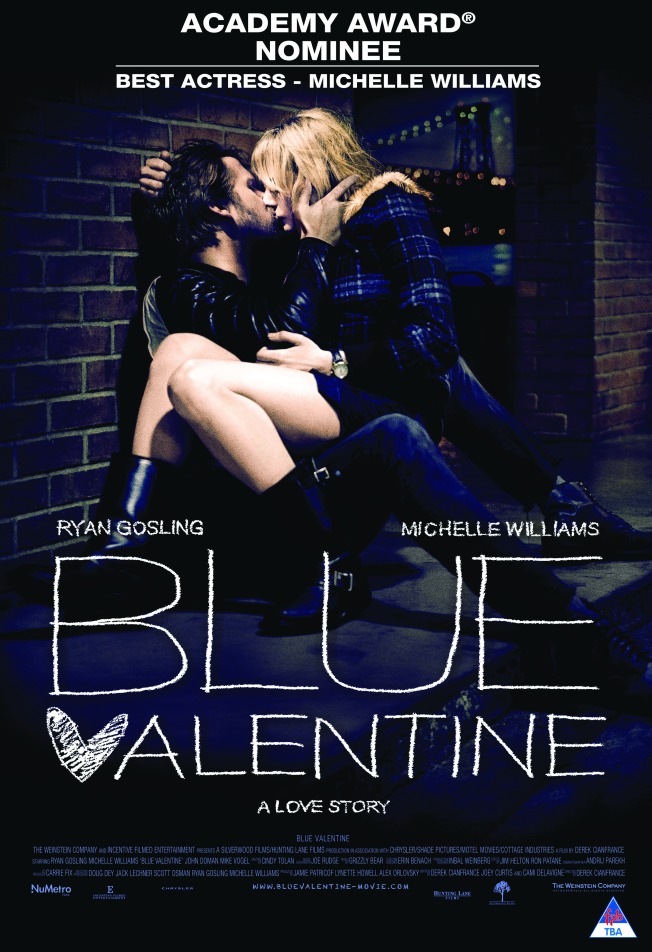 “What’s the point of it all? I’m going to die alone, anyway.”

Possibly not the feeling the average cinemagoer want to have when leaving the theatre – and so seeing Blue Valentine on a day where you’re feeling a little down is probably not a great idea.

But despite the fact that it’s a melancholic, ultimately exhausting viewing experience, Derek Cianfrance’s Blue Valentine is one of the most hauntingly beautiful films of recent years.

The film traces the disintegrating marriage of Dean and Cindy, a working-class couple with a small daughter. Cindy is a hard-working nurse at a local hospital, Dean is a housepainter who cracks open his first beer at 8am. Within the first few shots of the couple and the way they interact, you’re already wondering what happened. How did they end up together, when it’s obvious that they’re so badly suited?

The film tells their past and present through a series of flashbacks, from their first tender dates to the moment they realise their marriage is over. It’s a slow disintegration from the heady days of an early love – and a rushed marriage – to a bizarre tryst in a seedy sex motel. Ryan Gosling strums along to his “goofy” rendition of You Always Hurt The One You Love, and it’s a tragic reminder of the future you know is coming.

That’s the overwhelming sense of the film – that you know what’s coming, the bitterness, the tiredness – it ultimately feels futile. Yet there’s still a part of the viewer who begs for a happy ending, some sort of cathartic resolution for the pair and their once beautiful love. END_OF_DOCUMENT_TOKEN_TO_BE_REPLACED

Dreamer. Writer. Movie fan. Probably not suitable for persons under the age of 18. Pronounced Cand-ACE.