And so. After almost two years, around 80 injections, seven blood tests, 18 internal ultrasounds, six egg retrievals, one missing ovary and a whole lot of awesome, my egg donation journey has officially come to an end.

* I will be back in a few days to post a proper “conclusion” to my journey, but for now, I just wanted to share “the happenings”. You can read all my other egg donation posts here.

I was scheduled to check in to the Vincent Pallotti fertility unit at 6.45am on Sunday morning (6.45am on a Sunday! It’s completely uncivilised!) and my mom was supposed to drive me there and back. She was, however, mildly nervous about the whole thing – so much so that she pretty much needed instructions on how to get out of the immediate surrounds of my flat (love you, mom) – and so the Control Freak in me reared her head and drove us from the petrol station to the hospital, pumping Macklemore at 6.30 in the morning. It was real.

The Sister checked me in, weighed me, blood pressure-d me (I hate the blood pressure cuff, which then ups my blood pressure!) and decorated me. I told her that I secretly love hospital bands, and she told me they were “really expensive pieces of jewellery” which – at 6.50am – I totally believed. Shuddup, it was early. Plus, isn’t everything in a hospital really expensive? I rest my case. (Excuse the red mark left from my hairband.) 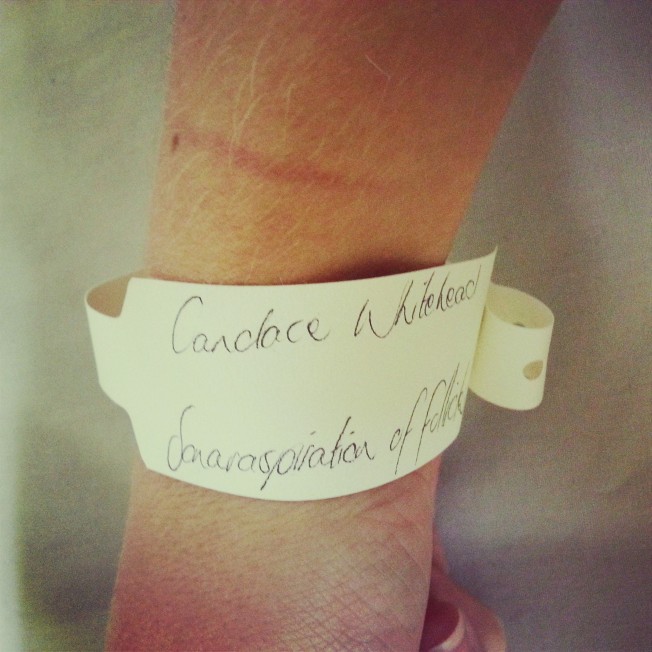 Anyway, then the anaesthetist came round to do his thing – and he was so cool, I wish I could remember his name. He joked and told me that I was “tiny” and asked how much I weighed, then joked about being more used to dosing people twice my size. Then the doctor on call arrived, and I met him briefly, before being taken to the bathroom before going under. But not before taking a Totally Acceptable Selfie and Instagramming it. Hipster egg donations FTW. 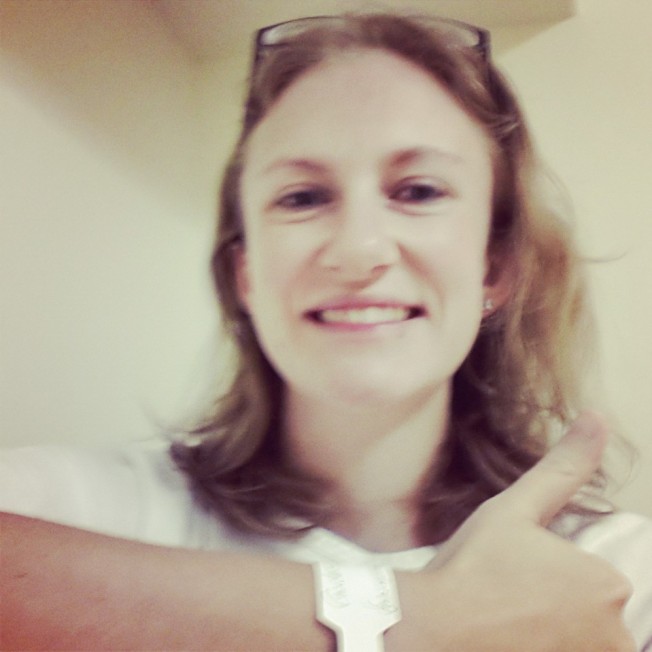 There, I somehow managed to lose the Sister, but found my way to the little operating theatre, and kinda hovered in the doorway while everybody did their thing. Nobody seemed to notice me, so I cracked a joke about “Is this where the party’s happening?” and the anaesthetist settled me on the little operating table. The Sister arrived – she’d gone to look for the After Hours Cellphone – and laughed at how I must have “just slipped past her”. Yeah, I’m a sneaky chicken like that.

The atmosphere in the theatre before this donation was wonderful – I’m so glad I had such a positive experience for my last one. There was a lot of laughter, a lot of joking and teasing. After the anaesthetist asked if I had been “decorated” yet, I cracked a joke about being “Bagged and tagged and ready to go” – and then, after inserting the canula to feed through the anaesthetic – he joked about “Sometimes being lazy on a Sunday morning” and not bringing me back – to which I replied “Well, you guys don’t need me anymore, right? I’ll be off then”. The anaesthetist told me a few times that I was “incredible”, so there was that.

And then there was that slight cold feeling in my arm, and I remember watching the surgical lights blur a little, and then waking up in the recovery room to a pot of tea and some toasted cheese and tomato sandwiches.

The Sister popped past and told me that they had managed to get 14 eggs – she called me a “good little chicken”! – and I was allowed to go home again by 9am. And now again, the waiting game – hopefully in about 3 weeks or so we’ll find out if this recipient gets pregnant, so send all the love and light you possess in her general direction!

And then a bit later on Sunday night, some amazing news. I discovered that one of my recipients gave birth to a baby girl… On my late father’s birthday.

My heart swelled to three times its usual size, and I may have shed a small tear. I’m surprised at how amazingly, amazingly special it feels.

I couldn’t have asked for a more amazing way to have my egg donation journey come to an end. 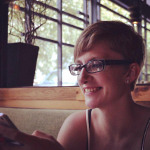 Dreamer. Writer. Movie fan. Probably not suitable for persons under the age of 18. Pronounced Cand-ACE.